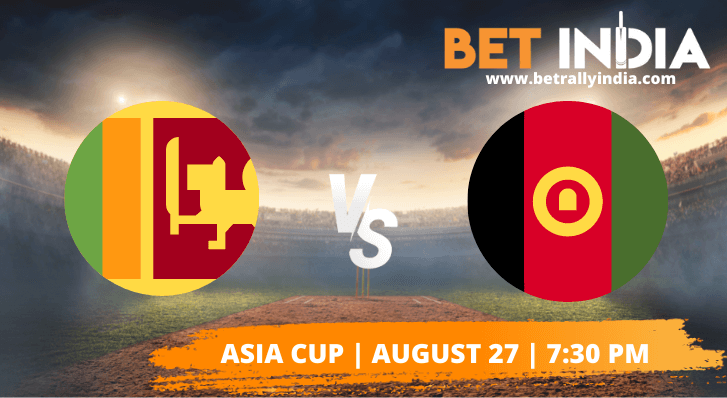 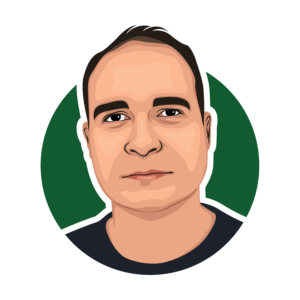 It’s the first match of the 2022 Asia Cup and if you’d like some top Sri Lanka vs Afghanistan betting tips, you’re about to get them.

Our online cricket betting analysis of this match also includes: the team’s recent form, the team news, the pitch report and everything else you need to know before the teams go to battle at the Dubai International Cricket Stadium on Saturday, August 27 with a start time of 7.30 pm IST.

So keep reading and you’ll be fully armed with all the info you need.

My cricket betting tips are below and I have Sri Lanka as my tip to win this opening match of the 2022 Asia Cup.

I’ll explain why they’re favoured at today’s T20I betting odds. I’ll also give you a tip on the toss winner market and a third one on another betting market, which in this case is the Sri Lanka top batsman market.

So, keep on reading and you’ll find out who we’ve gone for.

On the match winner market, following the trend at Dubai for sides chasing going to win the game, perhaps the smartest strategy here is to wait for the toss and back whichever side bats second.

That means taking advantage of the dew in the second innings as explained in the ‘venue and conditions’ section below.

But if you want to bet before the match starts and with the odds at the best betting sites in India quite tight, Sri Lanka are the call.

They have far more experience of being at major competitions, beat Afghanistan in the only match they played against them (albeit back in 2016) and despite not having the greatest of squads compared to yesteryear, it’s still a little stronger than what their opponents have.

Afghanistan will as ever be relying on Rashid Khan to make the difference but in Hasaranga, Sri Lanka have a spinner in the same category as Khan, so that evens things out.

The key difference could well be in their middle-order where Sri Lanka have more experience and bat deeper.

Sri Lanka it is.

Why not read our 10CRIC review? Here you’ll find out what makes this one of the top betting sites for Indian customers.

Recommended Bet: Back Bhanuka Rajapaksa to be Sri Lanka Top Batsman @ 5.5 with Betway

In different circumstances, Bhanuka Rajapaksa wouldn’t even have been here.

He retired from international cricket last year only to be convinced to return to the national side and has often failed fitness tests on account of being overweight.

But he’s here all right and will be keen to make it count.

We saw glimpses of what he can do at last year’s World Cup and he also played some good cameos for the Punjab Kings in the IPL earlier this year.

It’s not for nothing that he was the only Sri Lankan batsman who featured in this year’s IPL.

The one negative is that he isn’t an opener, a big advantage as we know from our top batsman betting guide.

But that aside, he ticks most of the other boxes, including being available at very decent odds.

Our Betway review explains what we like about this betting site and why it’s one of the ones we recommend the most.

Sri Lanka have only played six T20Is in 2022 and lost five of them: three to India in India and two against Australia, this time at home.

Their solitary win was in Pallekele in June, chasing Australia’s 177 thanks to a superb knock in the chase by skipper Dasun Shanaka (54 off 25), Sri Lanka getting home with just one ball to spare.

They have an excellent record in the Asia Cup but that was with far better players than the ones they have now.

Their best chance is to hope the UAE pitches turn so they can exploit the skills of their spinners, with key man Hasaranga de Silva and the reliable Dhananjaya de Silva capable of keeping the runs down.

With the bat, Bhanuka Rajapaksa can be a game-changer because of how quickly he scores, while Charith Asalanka will try to hold the innings together.

Veteran Dinesh Chandimal was something of a surprise inclusion in the squad but they’ll be without the injured Dushmantha Chameera and he’s a big loss.

2022 has been something of a mixed bag for Afghanistan in T20I cricket.

A 1-1 drawn series in Bangladesh was a decent outcome and they made light work of a Series in Zimbabwe, beating the hosts 3-0.

But they went into the recent Series in Ireland as favourites and went down in the decider, to end up losing it 3-2.

Their record in this competition isn’t great with just three wins in nine matches at the Asia Cup but they arguably have a better team now than in previous editions.

As ever, all eyes on Rashid Khan.

It will be interesting to see if in addition to being their star bowler, they promote him up the order occasionally when it comes to batting.

Mohammad Nabi leads the side while the consistent Mujeeb Ur Rahman and explosive opener Hazratullah Zazai are others to watch.

There’s not much to look at in the Sri Lanka vs Afghanistan head-to-head because remarkably, they’ve only ever played each other once in this format.

That was back at the 2016 World Cup, Afghanistan posting 153 and Sri Lanka chasing it pretty easily, meaning they’re 1-0 ahead in matches between them.

Dinesh Chandimal, Rashid Khan and Mohammad Nabi all played in that match.

Remarkably, the last four matches at the T20 World Cup all saw scores of between 172 and 176 being posted by the team batting first, so the par score is around the 175 mark.

However, that may well not be enough.

With dew playing its part in the second innings and making it harder for bowlers to grip the ball, it’s definitely a huge advantage to chase here.

In fact, at the World Cup, the vast majority of games in Dubai were won by the chasing side.